Breaking off my marriage of convenience to start a smoldering affair turns my world upside down. Trevor was supposed to be worth it. He nearly made me spontaneously combust in bed while showing me a love I never thought possible outside of it.

Except it was all a lie. Happily ever after with a man who betrayed me? Not a chance.

I planned to destroy Brooklyn because someone had to pay for the sins of her father. Instead, her touch healed everything that was broken inside me, and I fell hopelessly in love with my enemy’s daughter.

Brooklyn thinks she can end us, but I’m not spending another day without her by my side. Give up on love? Never, even if it kills me.

It doesn’t matter if she’s beautiful. Her family deserves to be destroyed, and she’s nothing but collateral damage.

Olivia Peters is a new to me author and this is her debut novel.

Fair warning, if you are not a fan of cheating in books then this one may not be for you.

Trevor is man out for revenge and Brooklyn is all part of his game to destroy her father. He wants her father to pay for his father’s death, for the pain he caused his entire family.

Brooklyn’s life revolved around dance, she was bound for Julliard. However, her father had other plans and wanted her to join the family business. To the outside she had the perfect life. She had the perfect boyfriend, the man she had been with for a decade. But she wasn’t happy and that all came to a head when she runs into a handsome stranger, Trevor.

Brook’s best friend Maddi stands by her side through all the drama, the secrets and the pain she goes through in her relationships and with her parents. Maddi also has what people think is the perfect life and relationship, but it’s not. These two understand each other on so many levels and truly are the perfect pair of best friends.

Now, Brook and Jake. I didn’t like them together from the start. I didn’t feel any chemistry between them or any connection. They were truly the makings of a marriage of convenience, but with no love and no chance of falling in love. Plus, his best friend Noah was also a major jerk.

Brooklyn and Trevor had all the chemistry that Brook and Jake lacked. It was explosive from the very start and these two didn’t hold back when it came to each other. Brooklyn knows she is cheating, but after what Jake did, I almost feel like she justifies her actions when it comes to Trevor.

There is plenty of drama, steaminess and mystery throughout the story that it completely sucks you in. Will Brooklyn follow her heart or will she stick with what is expected of her?

A fantastic debut novel and completely worth the read! 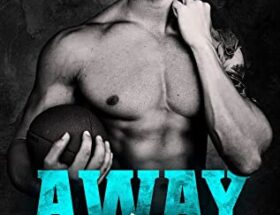 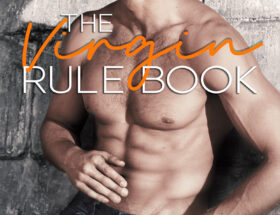