I was never supposed to want to keep her.
She was meant to be borrowed.
Mine for six days and not a day longer.
She doesn’t belong to me.
She belongs to someone else.

The closest person I have outside of the screaming fans and paparazzi—a constant in my new life— other than the whiskey I drown myself in to numb the pain left by someone else.

But a secluded cabin in the woods and my ex who decided she’s not over me forces me to go to the extreme in order to take control of my world again before I lose it completely.

Unfortunately for me, my brother’s girlfriend is the only girl I haven’t slept with and made fall for me, resulting in hating me in the end.

She’s my only option.

Sharing a room in a cabin with me is most girls’ dream come true, but for Natalie, she claims it’s her worst nightmare. She thinks I’m a cocky bastard and has always been good at destroying my ego.

I never realized when I asked to borrow her for the trip, that I’d feel something I haven’t felt in a long time, or that I’d like the way she pretends she doesn’t enjoy being around me.

Have you ever borrowed something and didn’t want to give it back?

Yeah, well, me too. And I’m starting to think she should have been mine to begin with…

Madden has the fame, the fortune, his pick of women. From the outside he truly has it all. However, beneath the surface he struggles. His ex changed him, she destroyed something inside of him. Yet, years later she can’t leave him alone. It is time for the annual camping trip with his childhood friends, including his ex, and all he needs is someone to make her believe he has moved on.

Madden has the playboy Rockstar persona from the outside, but as the story continued you realize that he is down to earth, he is broken, he is loyal and caring. Nat has been in a relationship for two years, however, her relationship is not full of love, but she is happy. Madden is her boyfriends younger brother and he needs her help.

I loved the chemistry between Madden and Nat, even though Natalie was battling her emotions and her true feelings a majority of them. It was a little frustrating, because I just wanted her to open her eyes and see how good a relationship could be, especially with someone that you have insane amounts of chemistry with. Madden brought out a different side of Nat, she was able to truly be herself and Nat brought out a different side in Madden. They really balanced each other out.

This was a fun book to read and I really loved both Madden and Natalie from the beginning. 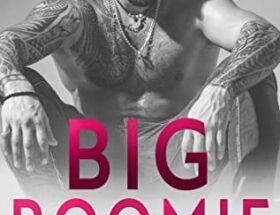 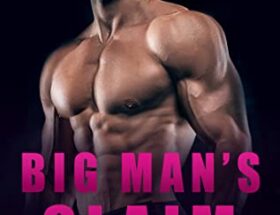