Only she’s not a kid any more.

Break the Rules, an all-new hilarious, brother’s best friend standalone romance from Roxie Noir, is coming November 21st and we have the steamy cover! 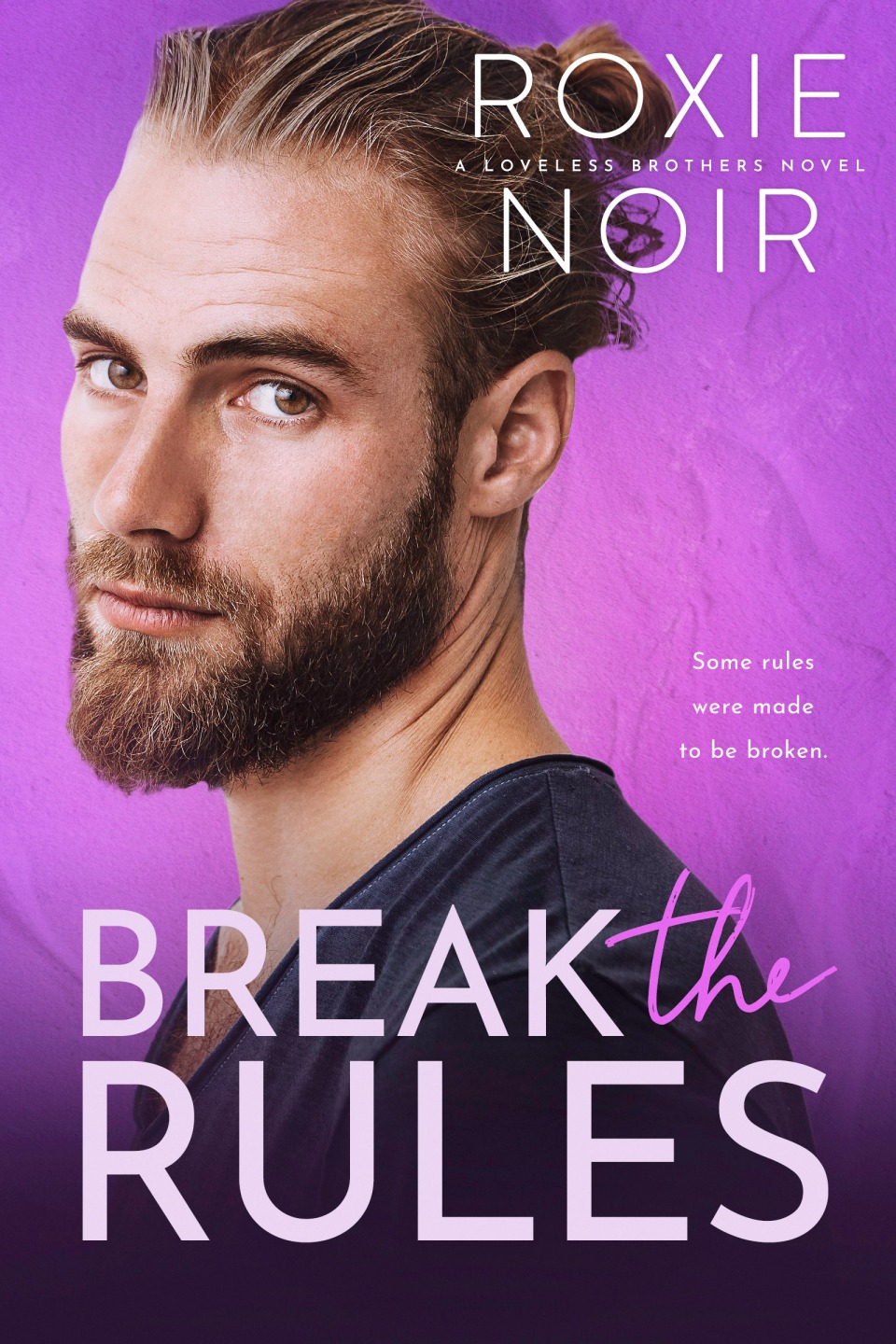 As a forest ranger, I believe in the simple life. I prefer cabins to apartments, trails to freeways, and trees to people. My life is orderly, predictable, and quiet.

Until it’s hit by a woman I never saw coming — Hurricane June.

She’s fierce. She’s feisty. She has a laugh like the first day of spring, and she’s so pretty that I can’t breathe when I look at her. June will only be in town for a few months—just while job-hunting. She won’t last until winter, but how can I resist?

Except I have to. She’s my best, oldest, and most loyal friend’s baby sister.

Betraying him would be the worst thing I’ve ever done. Not betraying him might be the hardest.

Especially once we start working together on a secret project. All this spending time together, sneaking around at night, and lying to her brother about what we’re doing sure feels like more than friendship.

But I guess some things were made to be broken.

Be notified FIRST when Break the Rules goes live: http://bit.ly/2SVTlb7

I love writing sexy, alpha men and the headstrong women they fall for. My weaknesses include: beards, whiskey, nice abs with treasure trails, sarcasm, cats, prowess in the kitchen, prowess in the bedroom, forearm tattoos, and gummi bears. I live in California with my very own sexy, bearded, whiskey-loving husband and two hell-raising cats.

REVIEW: The Unhoneymooners by Christina Lauren