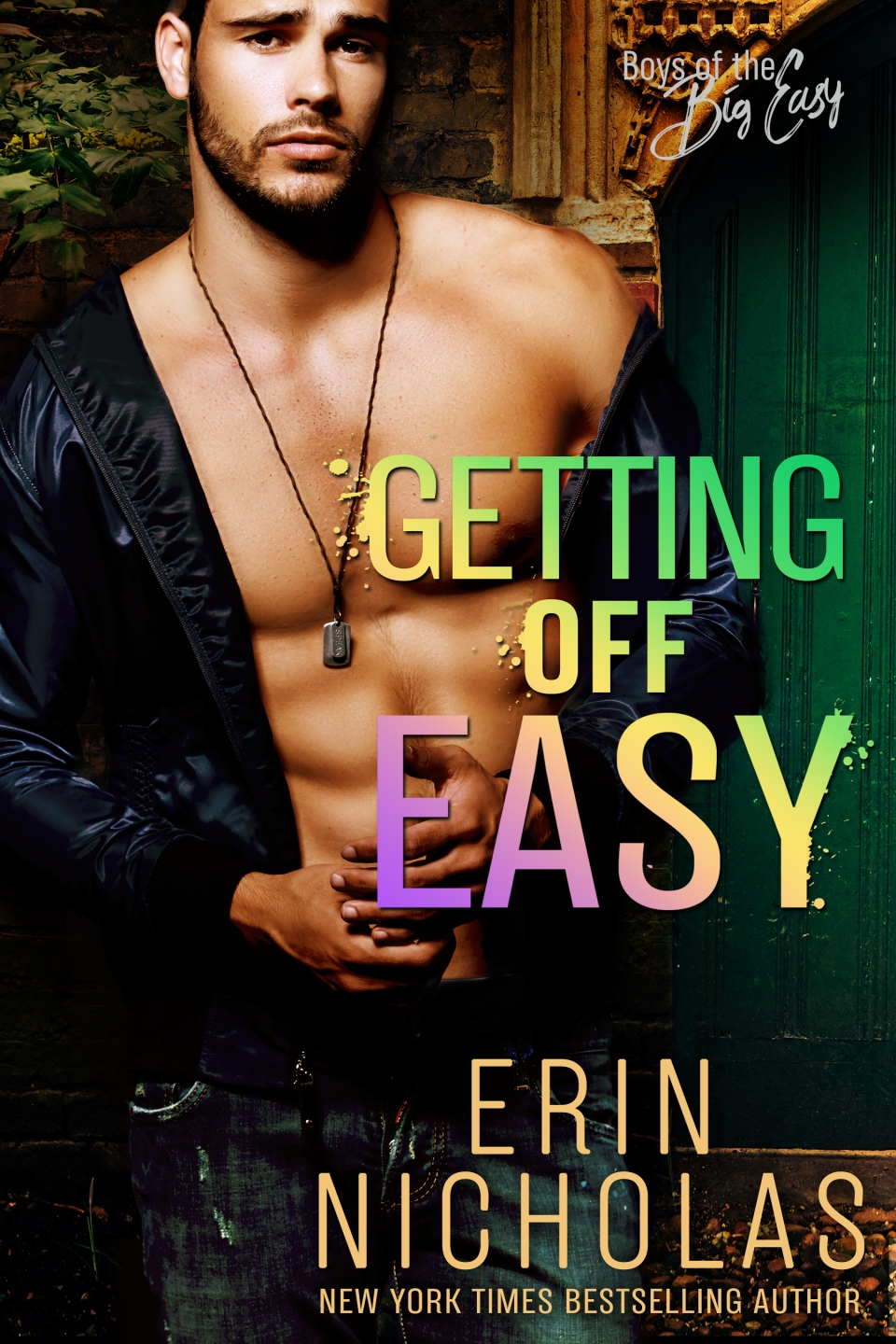 New Orleans firefighter, James Reynaud’s true love is hanging out in the jazz clubs on Frenchmen Street and playing piano with some of the best musicians in the city. But driving his cute, bookworm neighbor Harper Broussard crazy is right up there on his list of favorite things.

The buttoned-up linguistics professor across the hall is a little older, a lot smarter, and way too good for him. And she knows it. But wow is she beautiful when she blushes.

She’s equally gorgeous when she’s saving his butt. Because now things just got serious. A baby has been, literally, dropped off on his doorstep and to say he’s in over his head is an understatement. Not that Harper knows anything about babies either. But at least they now have something in common.

Harper reached out to lift the baby off of James, but just as her hand touched his back, James stirred. She froze. “Professor?” His voice was husky from sleep, low and gravelly, and Harper’s belly flipped, heat sliding from her stomach lower, between her legs. They were in his bedroom. One of them was in bed. And that voice. And the nickname. She could hardly be blamed for her reaction. “Hey,” she said softly. “You okay?” It was the middle of the night, and he was the one asleep with the thing that had just turned his life upside down, but he was asking about her? She never came to him with needs. He came to her. She nodded. “I thought I’d take him so you could get more comfortable.” He looked down at the baby, and seemingly instinctively, his hand slid from the baby’s butt to his back. James’s hand was huge on the tiny baby, and Harper swallowed hard at the sweet picture. “He’s okay.” “You sure? I don’t mind.” He looked up at her. He was clearly still sleepy, maybe not fully awake. “You wanna help?” he asked. She nodded. “Yeah.” She felt terrible for leaving earlier. It had gone against every instinct except the one that screamed at her to protect her heart no matter the cost. But she was afraid she was far past the point of that being possible. “Then come here.” Harper wet her lips. “Come… there?” “Yeah.” He reached for her with his free hand and caught her around the wrist, tugging her forward. She could have easily pulled back, broken free, resisted. But she let him urge her onto the mattress. Harper knelt with a knee next to his hip. “How does this help?” “Gets you up against me,” he said, his voice still sleep roughened. Her heart skittered. “That’s helpful?” “Can’t imagine how it will hurt.” He gave her a sleepy, but still devastatingly sexy smile. “This way you’re here if he does need something.” Well, he had a point. Harper stretched out on the mattress beside James. He put his arm up above his head again, not holding her, but definitely exposing plenty of surface area for her to be up against. Oh, what the hell. She wouldn’t sleep well at her place now, wondering what was going on over here. This way she was very much here for whatever went on. And she’d wanted to be up against him for a few months now. Lord only knew what the next few days were going to bring with the baby and everything. She might as well enjoy this moment while she had it. She scooted closer. His body was hot and hard. She swallowed with some difficulty. Then the baby made a little grunting sound and curled and stretched against James. This was so not how she’d ever pictured being in bed with James Reynaud. That was for sure.

New York Times and USA Today bestselling author Erin Nicholas has been writing romances almost as long as she’s been reading them. To date, she’s written over thirty sexy, contemporary novels that have been described as “toe-curling,” “enchanting,” “steamy,” and “fun.” She adores reluctant heroes, imperfect heroines, and happily ever afters.

REVIEW : A Lie for A Lie by Helena Hunting